Another Wolves draft, another bad pick, another set of Country Club undertones. We will get to that shortly. Let us do the typical-thing-that-every-Wolves-blog does and provide detailed analysis of each pick as if we have seen the selection play hundreds of times, rather than judge a smattering of YouTube clips at the last minute (come on, admit it).

Zach LaVine. Let’s start with the whole “fuck me” factor which, by the way, created a fan overreaction so preposterous and narrow-minded that you would have thought the kid demanded a trade during his (un-aired) post-pick interview. Zach was clearly overcome with the emotion of being selected 13th overall in the NBA as a 19 year old UCLA bench player. There were no ill feelings about coming to Minnesota, and if you believe that you are far more defeatist than even the people who frequent our forums or contribute to this site. He knew he was getting drafted by Minnesota. His agent (more on this in a second) is former Gopher Bill Duffy. The Wolves gave him a promise. None of this was a surprise to him. Moving on.

Now that this nonsense is out of the way, let’s get to the much more important nonsense as it pertains to this selection, starting with the pros. Zach LaVine can jump. He can dunk well. In three years when he might sniff the court at the same time as Rubio, there might be fun highlights. He can run the floor well. He can shoot off the dribble somewhat well, has some decent defensive potential, and can play well in a transition. But he is very, very far, years even, away from being even a neutral contributor to an NBA roster. While being known for making explosive and dynamic transition plays, this comes at a cost of having bad shot selection, panicking and playing out of control with the ball in his hands, missing wide open teammates, fearing contact inside, not drawing fouls (in other words, settling for long twos, which Flip will surely love), and generally taking wild shots often early in the shot clock when it counts. He really isn’t a basketball player as much as he is a terrific athlete who probably could have made a collegiate roster in several sports. As NBA fans, we have heard this before. It’s a very early-2000’s NBA-esque infatuation. That’s Flip I guess.

The best comparison I can make on him is if Ryan Hollins, JJ Barea and Corey Brewer walked into a fertility lab and created a human that had Ryan Hollins’ basketball IQ and jumping ability, Barea’s fear of contact, shot selection and maddening play, and Brewer’s transition game, again fear of contact, and occasional pesky defense. In what was the most loaded draft in years, the Wolves took a guy who, by and large, is 3-4 years away from meaningful minutes who is about to play for a coaching staff/organization with a terrible reputation of player development, patience and smarts. Sidney Lowe, a coach who currently has the worst head coaching record in the history of the NBA for coaches with more than 200 games of experience, is going to be teaching him how to play. So from the get go, the odds of LaVine succeeding here vs. elsewhere are already working heavily against him. 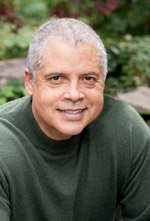 Agent Bill Duffy – the silent leader of the Country Club

And then there is another under-discussed elephant in the room, the ever-prominent Country Club factor: The Bill Duffy influence. Duffy is a player agent known for having a major influence on the Wolves during the Flip/McHale/KG era and once again this blatant nepotism and predictability is creeping back into this organization. It gets worse the deeper you dig. Look, player agents always play far more of a role than the casual fan would like to think, but this is getting weird and a little too suspicious to dismiss as typical Wolves fan conspiracy theory. Bear in mind the following is just my own speculation. Bill Duffy is a former Golden Gopher basketball player who played on the team during the McHale and Flip era and was roommates with Flip during their time as players. Duffy also represents Shabazz Muhammad, and in an eerie, too-weird-to-not-be-a-coincidence-plot-twist, he also represents Klay Thompson, son of Mychal, who also played on that Gophers team with McHale and Flip. Whether you would like to believe it or not, the selection itself could very well be an “I’ll scratch your back, you scratch mine” play from Flip to Bill on influencing his client, young Klay Thompson, to push for a trade of Kevin Love to the Warriors in exchange for Klay and the rumored pu pu platter leftovers. This looks like this is where things are headed, and if this trade does go down, you will soon see Flip secure Klay to an extension that will likely pay him more annually than Stephen Curry. The Wolves will be stuck paying Klay, Lee, Rubio and Pek over $55 million dollars per year while maybe scratching 35 wins in a conference that is getting more and more loaded with meaningful NBA talent by the day.

But as long as Flip is comfortable, that’s really all that matters.

Aside from the abomination that was the LaVine project, there were some positives…. well, one positive. Glenn Robinson III slipped to #40. While he isn’t a high-level prospect, he is a very solid value selection at #40 and can add some athleticism and versatility to the roster. While there are still questions on whether he will make the team given the amount of swingmen on the roster and lack of spots (12 under contract plus LaVine, plus likely additional players from a Love trade), I like the idea of him potentially taking the Hummel path to Europe and adding him after next season when the Wolves will have some more roster flexibility. Good pick here by Flip, nabbing a first round talent at #40.

As for the remaining two picks, the Wolves selected two players with the same name: cash considerations. The draft is never complete without the Wolves selling a pick. We knew one pick would have been sold because Timberwolves, but two was a surprise. Look, I realize Euro-stashes are more often than not a complete waste of time, but the Wolves as an organization need to maximize as much talent as possible for the long term, even if the odds of that never panning out are low. While selling the picks isn’t as much of a disaster as the LaVine pick itself, it again indicates the lack of creativity and effort/process from this Wolves front office on doing its due diligence to add assets and prospects to their “program.”

Overall I have to give this draft a D. LaVine is a very unwise selection for an organization not known for good player development and patience. He will play very sparingly next season and likely the following, and the Wolves left several solid prospects on the board that could have contributed immediately, such as Gary Harris. BUT, LaVine does have a lot of tools, so we’ll see. Glenn Robinson is a nice pick at #40 and the other picks were sold. A pretty typical Wolves draft overall, with Bill Duffy slowly working his way back towards running the Wolves front office as the icing on the cake.