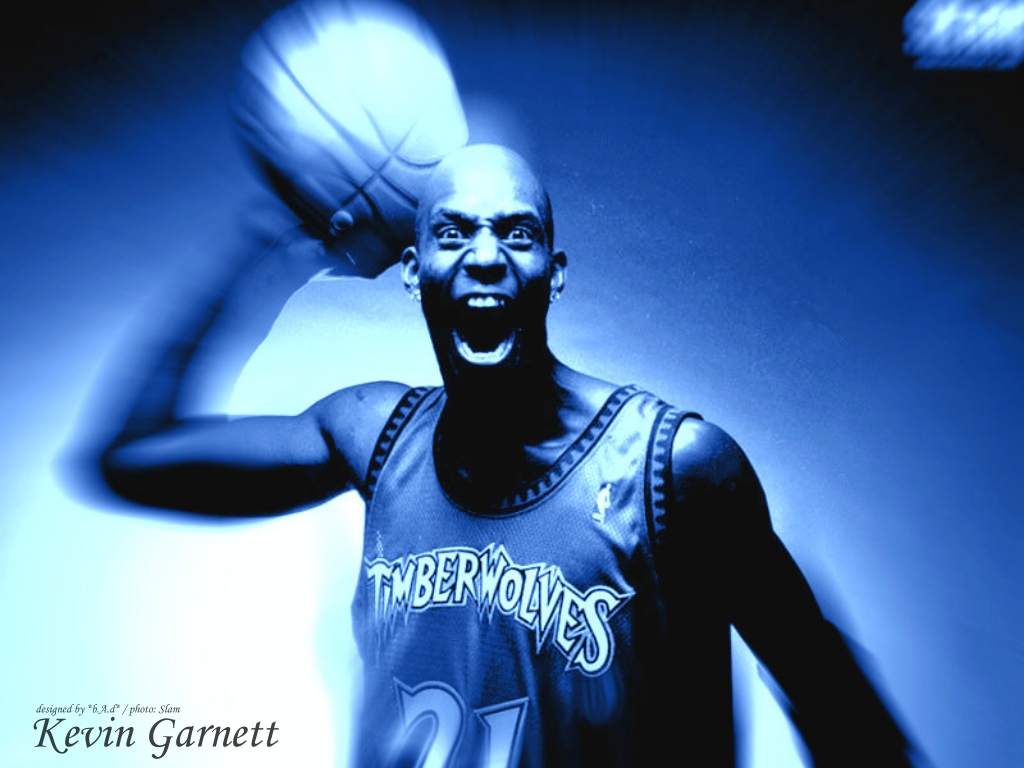 Back in the late 90’s, before I was legally allowed to drive an automobile, I would await a ride home from a small house in East Bloomington where I studied drums with an old man who was just shy of 5 feet tall. There, we would spend about an hour per week studying and writing jazz fills, learning odd time signatures, sight-reading snare drum solos, mastering rudiments and building technique. And of course, there were the obligatory things you learned from a non-relative who was five times your age that went beyond repetitions of flam drags and swiss triplets. The advice. The politics. The real meat behind the lessons. Now I’m sure you are thinking, “how cliche’, this anonymous clown is going to compare his drum instructor to KG, himself to Andrew Wiggins, and brag about various music-related accomplishments for several paragraphs.” Incorrect. The late Mr. Fine, despite talking a lot of trash, was not nearly as aggressive enough as KG will be, and I was far too much of a softy back then. But, oddly enough, a significant memory I have from those lessons was not of my instructor but, in fact, the ride home. Since lessons ended at 7:00, I would immediately hop in the car, a parental figure having retrieved some groceries and dinner, and be serenaded by Chad Hartman on the radio going over the pre-game matchups for whatever sorry opponent Garnett was going to decimate that night. It was the indisputable golden era of the Wolves, the significance of which is easy to forget after 11 years of, well, I think all of the negative adjectives have been used up to describe them.

When Garnett was acquired by Minnesota last week, my initial reaction was that of your garden-variety, insufferable, asset-obsessed NBA fan: “what a terrible use of a first round pick last summer and a potential quality player in Young. Just let sleeping dogs lie and move on from KG, Flip, we hear about him enough after games. Now have your team shoot more 3’s, it isn’t 1989.” The next day, I began having second thoughts. And, in the days that have since followed, after reflecting on everything Garnett did for basketball in Minnesota, and the potential lasting impact he can have here again, I was firmly entrenched on the pro-KG Return bandwagon. He is, after all, the single reason I (and thousands of other Minnesotans) ever started following the NBA religiously 20 years ago. The move itself brought about a certain buzz that was a nod to yesteryear, when people actually loved the Wolves. And once that time ended, it never resulted in a new era of sustained success, youth, nor the swift post-KG recovery people expected. The Wolves, of course, never recovered, and neither did its fan base.

From 1996-2004, save for some quality yet heartbreaking Vikings football, the Wolves were the best thing pro sports had to offer in Minneapolis. Garnett, Gugliotta, Sam Mitchell, Chauncey Billups, Terrell Brandon, Sam Cassell, Latrell Sprewell, the late Malik Sealy, even Wally on a good hair day, and dozens of others were, once upon a time, IT. Getting to games resulted in traffic jams all the way back to the east bound 394 exit from highway 100 north. If you were able to find a reasonably priced ticket to a game, you would witness the now long gone Superfan Bill Beise banging his program on the ground while kneeling on the Target Center floor, cheering on KG, whose two-way dominance willed Jesse Ventura, Jimmy Jam Harris and thousands of others from their seats. From the upper deck, you didn’t need your binoculars to catch McHale limp down from his sideline seat wearing one of his dozens of stunningly horrific (even then) sweaters. On your Sony tube TV at home, you might catch a halftime video clip of a young Stephon Marbury trudging through the snowdrifts of 1st Avenue, while at the same time finding yourself flipping through an actual paper magazine with him and KG on the cover. Kevin Harlan brought an irreplacable passion to the call that became his TNT trademark and was one of the many reasons the Wolves were appointment television for many on 82 nights per year. The Wolves mattered. Garnett was embraced as the heir to Kirby Puckett, and he embraced us in return with a tireless passion and grit that is rarely found in the NBA. It was everything the die-hards crave today, but haven’t been able to experience since.

Now that seven and a half years have passed since Garnett departed, it doesn’t take a $100,000 market research analysis to determine that the post-KG era has had a very detrimental effect on the Wolves’ reputation in the MSP market. Meeting a fellow Wolves fan by chance is like catching lighting in a bottle, and I’m guessing productive Wolves-related conversations at work are as tough to find for you as they are for me. Free tickets end up on phone poles. But, the poor reputation and lack of buzz is far from irreparable. Unless you are someone who was so invested in this team that you just had to give it up, most people would pay attention if the reasons justified the expense or the time required. I have long maintained that the Twin Cities, home of four professional sports teams as well as Golden Gopher athletics, is a very, very good basketball market. One may call it a fair-weather market but, the key is, people will give a damn If given a reason to. When I lucked into season tickets for Rubio’s rookie season at the unbelievable price of $5 per game for two seats (seriously), the year before I moved to Dallas, there was a period when the Wolves were finally on the up and up and headed towards a playoff berth. The crowds rivaled those from the Garnett-era in the early 2000’s, and getting a ticket in any place in the arena for less than $40 was not an easy task. There was a point where I could have sold my pair of seats four times on Stubhub and made up the cost for the entire season, something I didn’t bother with because attending was too much of a blast. This time, Ricky Rubio and Kevin Love were the talk of the town. Some wondered if Rubio was “the next Garnett” given his passion for winning, flair, and commitment to both ends of the floor. Love put up historic numbers night after night but never quite grabbed the heart strings of the fans the way KG did or folks assumed Rubio would. Then, of course, against the Lakers on that fateful March Saturday, Rubio blew his knee and, in the three seasons since, the Wolves have been unable to regain momentum. Love was traded in a miraculous move for future star Andrew Wiggins, and a chapter ended about as quickly as it began. Meanwhile, Target Center is back to its familiar lifeless state, save for marquee opponents and various Kevin homecomings.

The return of Garnett will not, of course, result in the return of the 24 pts and 14 rebounds of the 2004 NBA MVP, but it does allow the young players to witness and understand something rather important, unique and empowering: his legacy, and what it could mean for them moving forward. The meaning of loyalty and endearment to a state and the people who live in it, and what you get in return. The natural, organic, anti-LeBron/superteam way. Love never had that. From his perspective, the Wolves were a circus from start to finish and everyone rightfully referred to them as such. With Garnett, not so. Perhaps Wiggins and Rubio will begin to understand and appreciate the possibilities that lay before them in Minneapolis on a deeper level. The game against Washington will be a sell-out, and the crowd will be rooting for the home team. I am hopeful the reception Garnett receives, followed by a win against the struggling Wizards, is the start of the ultimate carrot being dangled in front of these young players. Maybe Flip and KG have one last hurrah in them, after all.

Sometimes, as a fan, there is a benefit in doing your best to enjoy what should simply be a good moment, and try to forget about draft picks, assets, contracts, trade exceptions, Country Clubs, and all of the other stuff that really can have a tendency to take away from the experience in a negative way. Since many are still hung up on the trade itself, I hope, even if we never know about it, there is a moment against Washington where Wiggins can stop, hear the crowd roaring for the return of its franchise’s greatest player, and feel positive about where he is and what he has a chance to accomplish here on his own. When he can look around, see himself in KG’s shoes one day, see his father’s former teammate Sam Mitchell coaching on the sideline, another manning the color booth in Jim Petersen, and start feeling like it’s time to build his own legacy. Maybe it will be worth it in the end? I sure can’t imagine anything more empowering for a 2014-2015 Timberwolf to experience (other than winning, but this is supposed to sappy).