Is Jimmy Butler on his way out? 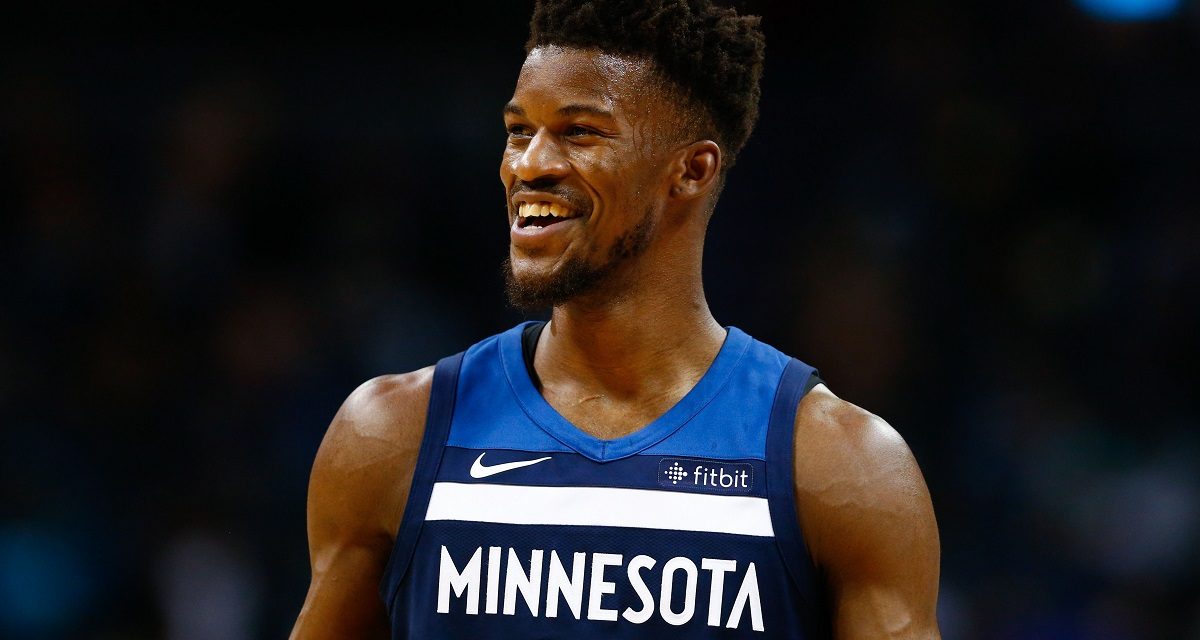 Imagine you have a significant other whom you love and cherish very much. You may even see yourself spending the rest of your life with them. Now imagine that significant other cheats on you. You’re devastated because you don’t know where it all went wrong. And then imagine that because you’re both poor, you are forced to continue living with that person in the same house. You try to make up, but the wound is too deep, and it’s just… awkward. You go on like there’s nothing wrong, but the situation isn’t salvageable.  While some of you are most assuredly assuming I’m talking about myself because the internet is full of meanies, I hate to disappoint you. You see I’m immune to these kinds of things because I’m a sports writer which means there is NO WAY I could afford a house, or even get a girlfriend for that matter! I’m of course talking about Jimmy Butler and the Timberwolves.

It’s been 20 days since Butler has requested a trade to head coach and President of Basketball Operations, Tom Thibodeau. And the latest reports suggest a deal is nowhere close to getting done. Of course, as I write this, I’m 100% expecting a Woj bomb to hit me upside the head and render this article irrelevant as I transfer this gem into my drafts. If you’d like to check out the Timberwolves odds for the season, you can navigate here to Novibet. My guess is that if Butler is gone, you’d be doing yourself a favor to bet the under on their wins.

If a deal won’t be completed before the season starts, the next question that needs to be asked is whether or not Butler will play for the Timberwolves this season? Seems like a ridiculous question considering he’s still under contract through this season. However, there are a lot of factors at play here as Tom Thibodeau pointed out after practice on Tuesday.

The very idea of this fiasco actually happening and Butler rejoining the team is complete madness. Butler has explicitly said on multiple occasions that he doesn’t see a future for himself here in Minnesota. Apparently Thibs, the scorned lover, is still willing to grovel for Butler to come back and ‘try to make things work’. What’s even weirder about this whole thing is that Butler has reportedly been exchanging texts with some of his teammates and even went out to dinner with them when the Wolves were in LA to take on the Clippers. Some notable exclusions from the players he’s been texting and going to dinner with include Karl-Anthony Towns and Andrew Wiggins.

“It remains unclear if Butler is open to the idea of rejoining the team at practice or play in a game. The Wolves are scheduled to have three practices this week before their preseason finale in Milwaukee on Friday night. But it’s clear that Thibodeau expects Butler to report for work if he is asked to do that.” –Via The Athletic

If Butler comes to play, it can only end in disaster for the Timberwolves. With our Minnesota luck, he will probably get injured, plummeting his trade value so that we get nothing for him when he leaves next summer. Or at best, he comes in and makes the future of our franchise (KAT) exceedingly uncomfortable if the reports of the enmity between the two are true. I’m not overly concerned with team chemistry because if you’ve watched the preseason, there has been none. The Butler trade request has been unprecedented in the NBA for multiple reasons, but most certainly for its awkwardness. There are no bright spots or silver linings to him staying in Minnesota. We can only hope Thibs makes an eleventh-hour trade and puts the Butler debacle in the rear view mirror.