BBCOR vs. Wood Bats: Which one is better? 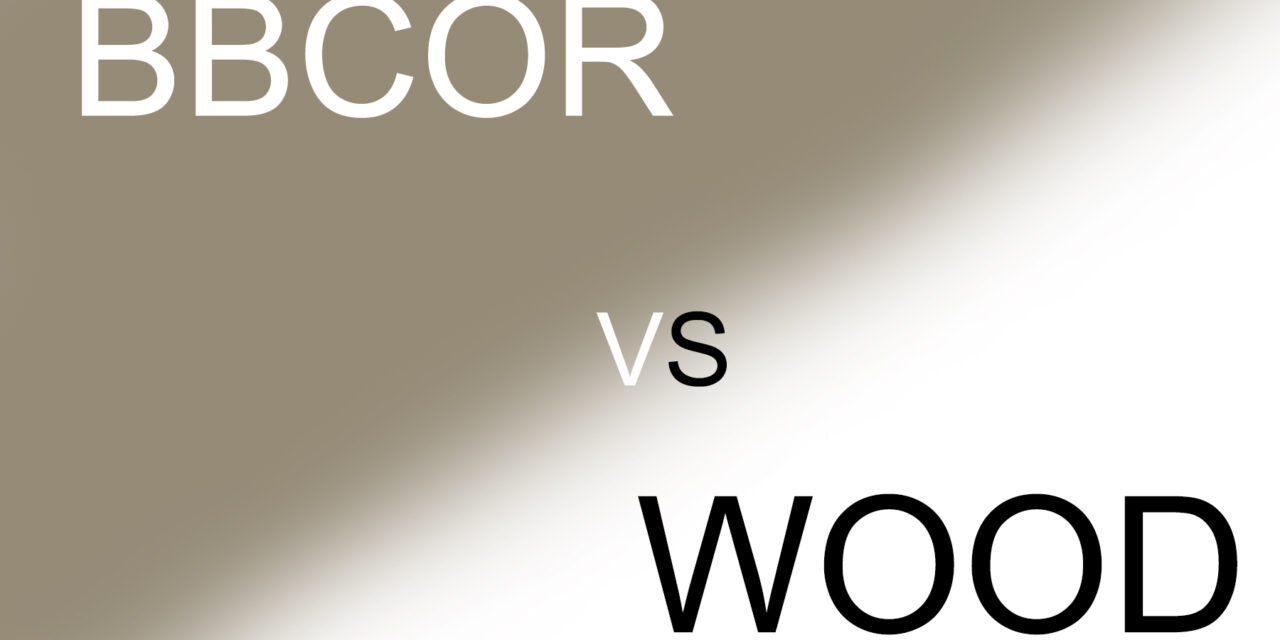 There are many bats in use for the game of baseball today. Each bat type has its peculiar qualities which differentiate it from the rest. This article focuses solely on differentiating between the traditional wood bat and the Bat-Ball Coefficient of Restitution (BBCOR) bats. The reason for the acronym is based on the technicality attached to the use of such bats. The BBCOR simply is a parameter for the speed of a ball when hit with a bat made from composite material. Composite material means the bat is made from a material other than solid wood or metal. The BBCOR bats are mostly made from high density, lightweight polymers which are relatively flexible and difficult to break from a hard hit. The debate still rages on concerning the impact of the bat type on the impact it has on the baseball game. Many will naturally lean toward the newer innovation branding it “the newest big thing”, but there is conflicting evidence on which bat is actually better. There are wood bat reviews which present the wood bat as the best type of bat to be used in the game of baseball. There are also reviews which say the BBCOR bat is the best baseball bat right now. This debate needs to be solved with evidence from the categories used in differentiating between bats and their characteristics. For this article, they are;

It is possible that in some of these categories there may be a tie between the two bats. But eventually, the easiest to use and maintain among the two bats will give us a winner. Let’s take a look at how the two bats perform in the categories listed above;

The weight category is necessary as it is widely known that the heavier anything is, the harder it is to carry. In this category, the wooden bat is naturally heavier than the wooden bat as it is made of plain wood, sometimes maple wood is preferred which is considerably denser than other lightweight wood but is heavier. It is important to consider the weight of the bat as it may be difficult for much younger players to wield a heavy bat. A heavy bat for a hitter who can’t use it is equivalent to losing the game even before it begins. This is why there are several regulations governing the type of bats in use with respect to the various leagues.

BBCOR bats are made from very durable and lightweight material which makes it a very light and flexible bat used for the baseball game. But for practice sessions, it is necessary for youngsters, especially teens, to make use of much heavier bats as it gives them the ability to make greater hits with the bats made with lighter material. So for efficient training, the heavier bat is preferable but for the best bat to be used during games, the best choice is the BBCOR bat.

This is another factor to consider when selecting the best among the two types of baseball bats. The hit shock or vibration is the effect felt from hitting a ball. This effect is said to vary with bats. In this category, the BBCOR has lesser hit shock than the wood bats. Let’s see how. The Best BBCOR bats are designed with high density polymer materials which have almost zero chance of penetration of natural elements;this gives it the ability to refract the vibrations you are supposed to feel when you hit the pitched ball. The BBCOR has more advantage than the wood bat which is made from plain wood which is a dense material but has no refracting capability. When the wood bat is used to hit a pitched ball, the force from the ball creates vibrations through the bat which are easily absorbed giving you a vibrating sensation in the process. For this category, the wood bat is second to the BBCOR bat in terms of repelling shock from hitting a pitch.

It is important for a batter to easily make a hit with the bat regardless of the type. Good batting is a positive step towards winning baseball games and should not be taken lightly. The wooden bat is naturally heavier than the BBCOR bat made with synthetic material. It is easier for younger batters to make use of the BBCOR bats but the difference between the two becomes blurred when you measure the impact of the weight on the pro league batting. The guys in the pro league are more built to handle any type of baseball type regardless of the weight. For the pro leagues, there’s a tie but for the younger batters, the BBCOR bat leads the wood bat in the ease of hitting category.

The grip ease of the baseball bat is important in detecting the best BBCOR bats, or wood bat. The grip ease of the BBCOR bat beats the wooden bat based on its lighter structure. The wooden bat is more rigid and may become problematic to handle if in use for a while due to the fact that the bat may absorb some moisture from the batter’s grip, making it slippery to hold. The BBCOR bat doesn’t have this problem, just clean the swat off and you’re set to continue batting your team to victory.

Several wood bat reviews show that the wood bat has to be maintained using proper care as poor maintenance may give the wood bat a short life. The wood bat has to be stored in a particular type of atmosphere to conserve its integrity. It has to be stored in a certain type of position to prevent it from being easily damaged, but that’s not the case for the BBCOR bat. The BBCOR bat is specifically designed to do more work for longer. The materials they are designed with are made to withstand repeated hits. They can also be stored almost anywhere without paying regard to the temperature of the storage area. These give the BBCOR bat a win in this category over the wood bat.

Based on the above categories, it is evident that the BBCOR bat has an advantage when it comes to easy maintenance and usage. The wood is still very much indispensable in the game of baseball today, but the BBCOR has a technologically-driven advantage over the traditional wood bat.