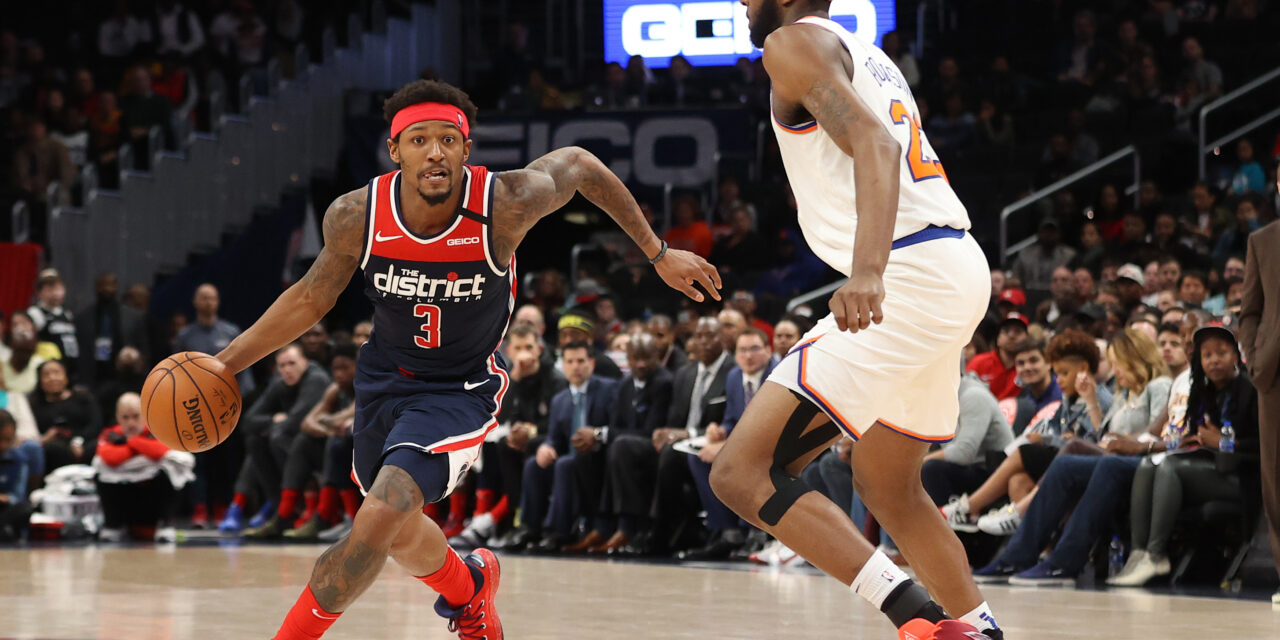 Opinion – Bring Up the Beal

A big controversy swirling around Washington in mid-February was one of the nastiest All-Star snubs the NBA has seen in a long time. It is clear Bradley Beal has been the Wizards MVP all season long and deserved a spot to be recognized with the NBA’s elite on the same floor. Unfortunately, the voters had other ideas. There’s nothing Beal could do to change the results of the polls but he’s letting his play on the court and competitive fire off the court speak for itself. With Beal stepping up, the Wizards hope to string together wins and fans hope to take advantage of the talent looking to BetRivers to lead the way as the Wizards go for that eighth and final playoff spot in the Eastern Conference.

None of this was more evident than in Washington’s back-to-back games in two different cities just a week after the All Star Game took place. In Chicago on February 23rd Beal dropped 55 points to go along with five rebounds and four assists. The next night the Wizards took on the beasts of the east in the Milwaukee Bucks. The panda was up to the challenge with 55 points. Those were good stats but the best part about a competitive player like Beal is the dissatisfaction after good games that result in losses.

Sadly, that was the case in both games for a playoff hungry Wizards team. Beal continued to put up good numbers with 30 points in a win over the Brooklyn Nets, 42 in a loss to the Utah Jazz, 34 in a win over the Golden State Warriors followed by 35 and 29 in losses to the Sacramento Kings and Portland TrailBlazers, respectively.

Breaking down those last seven games the numbers are INSANE. Beal has averaged 39.7 points per game in that stretch along with 6.3 assists and 3.9 rebounds. So far this season Beal has averaged 30.4 points per game, which is easily a career best. He continues to try to lead a team without John Wall but he knows better days are ahead. Even if the Wizards miss the playoffs, there’s a young core to build off of and adding a healthy Wall and Beal to the mix is vital.

This begs the question, can the league make up for the ASG snub by naming Beal to All-NBA? If Beal continues to put up good numbers I would say no doubt but the Wizards sneaking into the playoffs as an eighth seed would help push him over the edge. If the Wizards do make the playoffs and Beal still isn’t All-NBA, then the league owes him an apology.

The last time Mike Conley and Marc Gasol hung out together just over a year ago, they were teammates on the struggling Grizzlies in Memphis, with both players essentially begging for a trade.

Gasol was moved soon after, just before the trade deadline, and it worked out quite well for him — as he went on to win a title with the Toronto Raptors.

It took a bit longer for Conley, who was eventually traded over the summer, just a few days after the free-agent market opened.

The two reunited for the first time in Salt Lake City on Monday night, hanging out on the court before the Raptors-Jazz game, and it was all smiles and laughs from the two close friends.

It’s like they never left Memphis, just picking up where they left off. Awesome.

Appalling – Keep the Rookie in Check

The newest member of the Los Angeles Lakers has a checkered past, and that’s why fans aren’t thrilled about the news of the team having signed free agent Dion Waiters.

Waiters has had his issues both on and off the court, on every team he’s played for. Most recently, he was on the Heat, where he struggled with issues regarding his weight, which caused disagreements with his coaching staff. And while Waiters can create his own shot, and did so quite well, the chemistry issues he caused clearly caused distractions at times.

Not only that, the edibles Waiters consumed on the Heat team plane proved to be the last straw, after he got sick and had to be admitted to a local hospital. The Heat released him, and he’s been a free agent — until now.

The Lakers signed Waiters on Friday, and fans have been looking at some of his past “activities.” One of his most recent hijinks was when he hit a biker with his car — posting a video of it on his Instagram story for everyone to see.

It’s really not funny, so it’s hard to see why Waiters felt that way. LeBron James, Anthony Davis, Rajon Rondo and other veterans will have to keep the immature Waiters in check, otherwise they may regret not signing JR Smith instead.