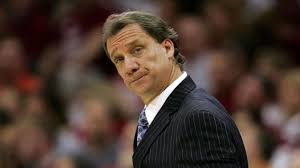 It was the same sombre tune for the Minnesota Timberwolves as they lost to the Denver Nuggets but the mournful conductor was missing for the team’s 12th successive defeat. Timberwolves manager Flip Saunders, who was apparently struck down by a fever, was not present and it was instead Minnesota legend Sam Mitchell who stepped in. Sadly, Mitchell’s presence did little to charge the listless team.

The Chips Are Down

The famous Treasure Island Resort and Casino traditionally offers its VIP members complimentary tickets to all of Minnesota Timberwolves’ home games. However, VIPs might as well save themselves the bother when considering the team’s current form. The VIPs might be better advised to stay at home and find some mobile online casinos on their iPhone or Android. Also, if like me you are an increasingly stressed Timberwolves fan, you should try this on your mobile to take the edge off. If Saunders was playing at Treasure Island, needless to say the chips would be down and he would almost be out.

A Flip and A Flop

Given the Timberwolves’ poor performances in recent months, Saunders might feel that his illness – which is rumoured to be the same as that which has sidelined Chase Budinger and Robbie Hummel – is somewhat of a blessing in disguise. Even though this week’s loss will count on his official record, at least Saunders did not have to face the crowd again after a 110-101 defeat.

The Return Of The King…Almost

When it was announced that Saunders was to return as head coach of the Timberwolves, fans were overjoyed. This was because Saunders had overseen one of the most successful periods in the franchise’s history between 1995 and 2005. The warm reception to his return was understandable, considering that many fans were outraged by his original dismissal. That exit had come against a backdrop of anger as many thought Saunders had been made a scapegoat for the issues caused by contract rebels Sam Cassell and Latrell Sprewell. Some fans had also felt a new voice was needed but Saunders’ magic touch did not seem to desert him when he took over the Detroit Pistons. Indeed, the Pistons achieved a record-breaking 64-18 in one season under Saunders. Therefore, after a rough period following his departure, it is easy to see why Timberwolves fans were ecstatic to hear of his return in July 2014. However, so far Saunders has appeared to have lost that magic touch.