The Miami Heat are Now the Favorites to Land Russell Westbrook 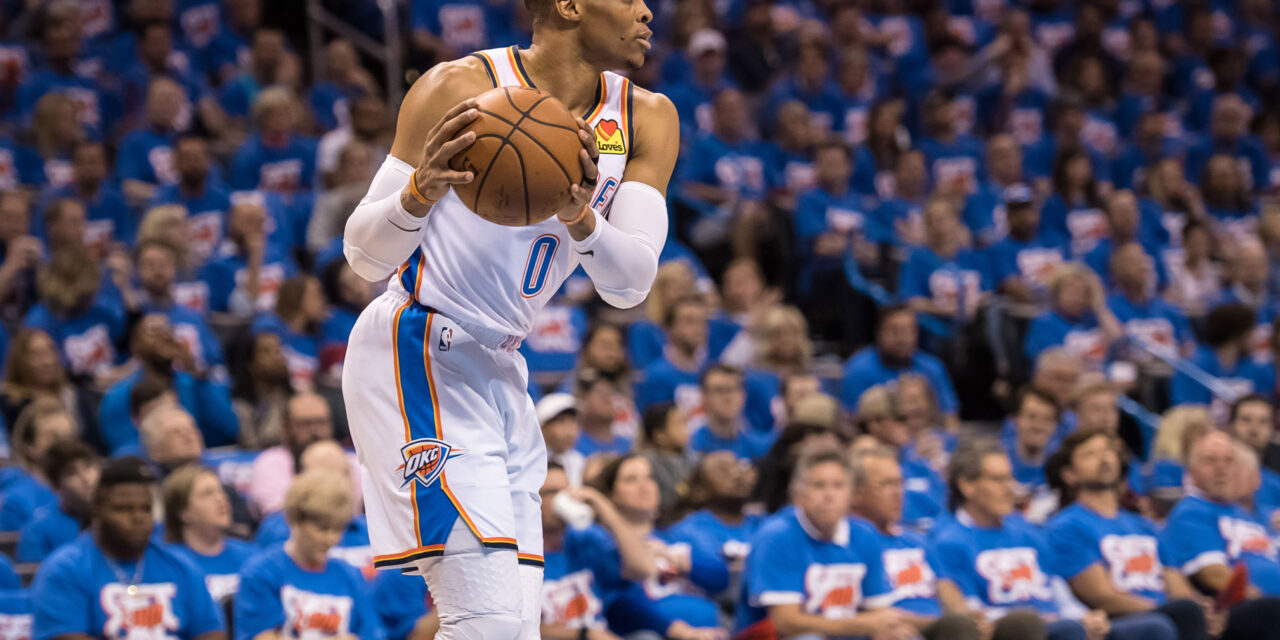 The Oklahoma City Thunder appear to be having a fire sale, after the team shipped Paul George to Los Angeles for a plethora of draft picks, and it does look like a full-scale rebuild is on the horizon.

And it doesn’t appear as if Russell Westbrook, who has been with the team for 11 years, wants to be around to see it through, and understandably so.

Westbrook and the Thunder have reportedly been discussing his future, with a possible trade in mind, and that’s created a seismic shift in the betting odds that rank where he could play next season.

Fans took note when talk of the Miami Heat “liking” Russell Westbrook began circulating over the weekend, and understandably so. We wrote about it, saying that it could eventually cause a trade to come to fruition, as that’s how business in the NBA is done.

Remember, Anthony Davis once said he’d “love” to play with LeBron James, and a few months later he requested a trade to the Lakers. Where there’s smoke, there’s fire.

The problem, however, is that Westbrook has an absolutely brutal contract, and he’s also a ball-dominant, Type-A guy, so it’s hard to pair him with other superstars. But the Heat do seem legitimately interested in trading for him, and a recent report by ESPN’s Adrian Wojnarowski suggests as much.

Pairing Westbrook alongside Jimmy Butler would make for great TV, but it’d be hard to see that marriage working out long-term.

And apparently, the Heat are the favorite, at -150, followed by the Knicks at +300. The Thunder and Pistons are both +500, with both the Bulls and Rockets at +1200. The Timberwolves, which did appear to have interest right off the break, are +1500. If you’re interested in making a wager on Westbrook, you should check out these reviews of online sportsbooks to find the best place to make your bet.

Miami has not been shy about its interest in Westbrook, although the thought of he and Jimmy Butler playing alongside each other could be fireworks waiting to happen, as both are Type-A guys who want the ball in their hands. The Knicks are a young team, and chemistry-wise, they make a ton of sense as a potential fit.